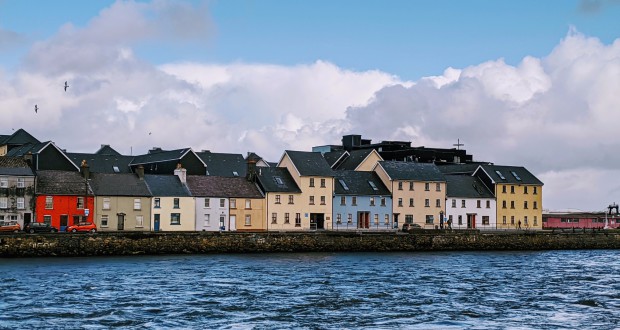 Ireland: The land of emerald mountainous landscape, colour-kissed villages and rocky Atlantic shoreline. One county epitomises all that Ireland is known and loved for, and that is Galway. This Western Irish jewel is constructed of intertwining rainbow streets, medieval structures, and a coastal highway which is renowned among motorists and bikers across Europe. There are a million reasons why you might want to visit Galway and Connemara, but we’ve condensed it to the top eight, so you can spend a little less time planning, and more time exploring.

1. Get lost in Galway’s Latin Quarter 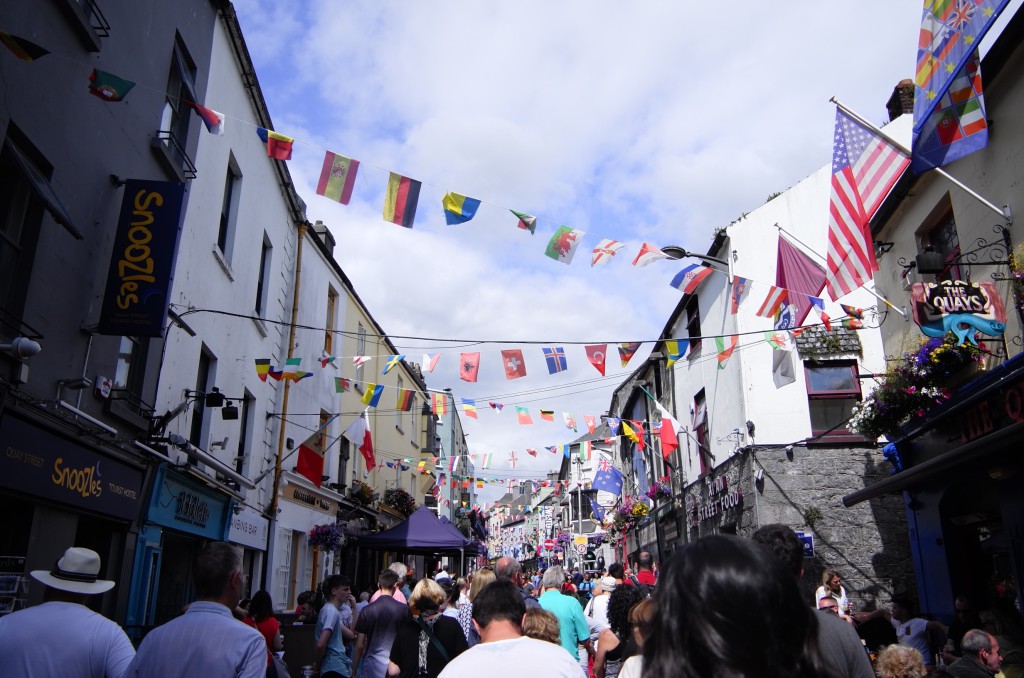 Nowhere showcases the vibrant heart of Galway quite like its Latin Quarter. This neighbourhood is a maze of quaint jewellery shops, independent boutiques, and traditional Irish pubs and restaurants. The Latin Quarter’s roots date back to Medieval Ireland, and remnants of this period remain visible in the contemporary day, as visitors can shop, drink and dine while surrounded by historic architecture, and the buzz of a nostalgic folk song from a street performer on one of its kaleidoscopic street corners. 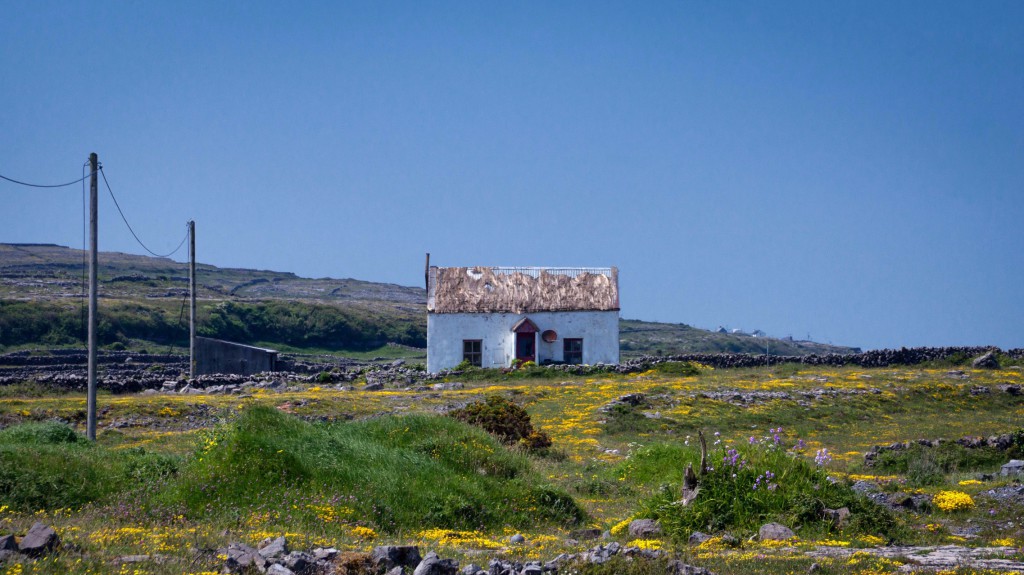 For a truly authentic Irish day trip, take a boat to the jewels of Galway Bay-the Aran Islands. Situated at the mouth of the bay, the Aran Islands are only a short hop from the emerald shores of Connemara, though, they feel as though they are a million miles away from reality. In order to immerse themselves in a uniquely Celtic experience, travellers descend on ‘The Islands of Saints and Scholars’, where the locals speak Irish, and the dramatic organic landscape has remained unchanged for centuries.

3. Have a Guinness on Quay Street 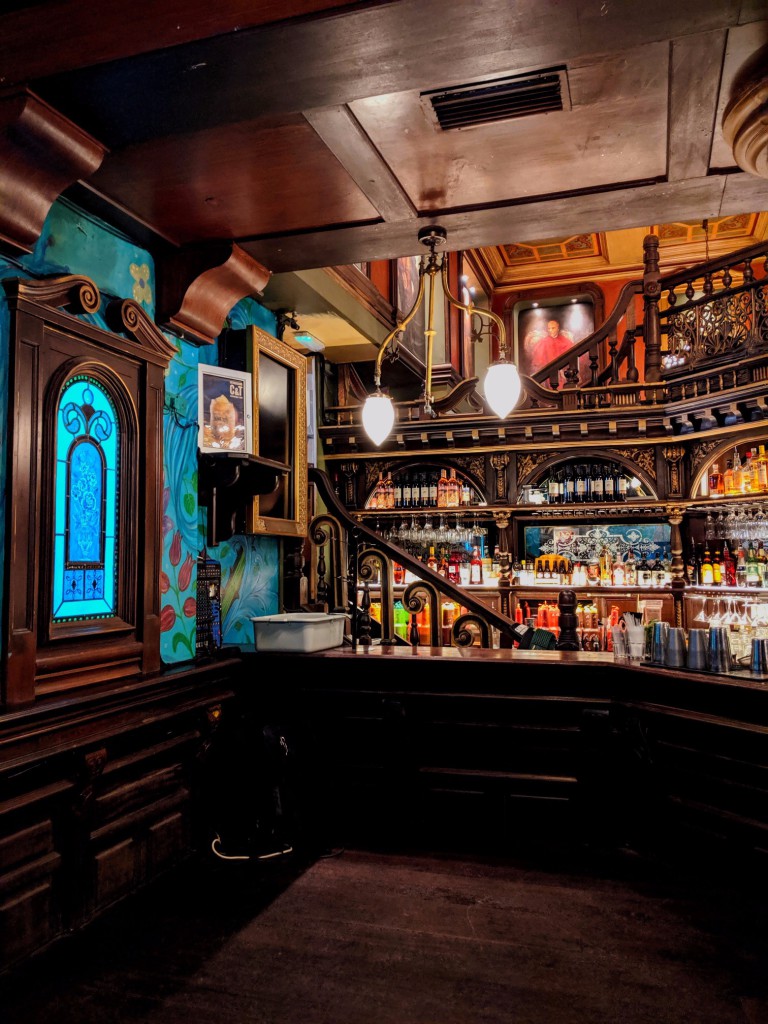 When it comes to partying in Ireland, your plans might quickly turn to a weekend in Dublin, where you can spend your nights among the cobbles of Temple Bar. However, Galway’s Quay Street is the country’s best-kept secret, as it offers the unmistakable Irish spirit, in an equally authentic setting. Several bars which share Quay Street’s postcode stand out as firm favourites among locals and tourists alike who want to raise a Guinness to the beautiful Latin Quarter after a day of working or exploring. Many of these hangouts also serve up traditional home-cooked pub food which is the perfect conclusion to your day on the West coast. 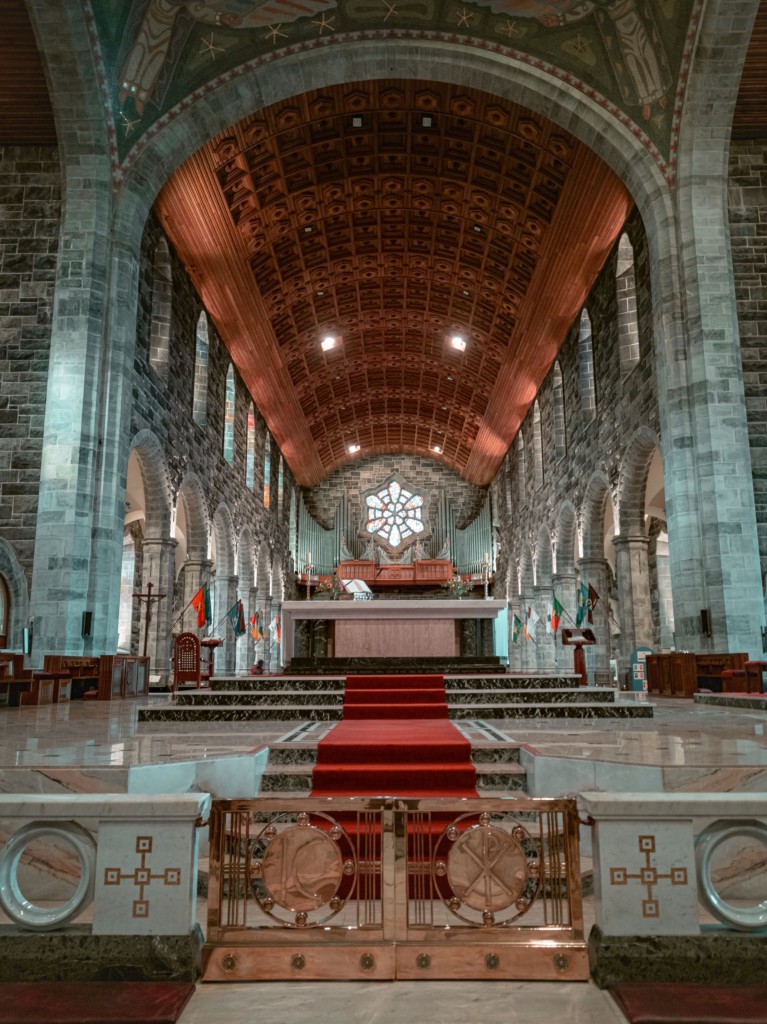 Few buildings hold quite the same beauty and grandeur of Galway Cathedral. This marble sanctuary is one of the most recognised landmarks in the entire country, and rightly so, as a striking pillar of faith in the city, visitors can pause for a moment of calm reflection, or even observe a service if you are so inclined. Whether you pass through the Cathedral on a fleeting visit, or you take part in a service, this famous structure is unmissable from your Galway bucket list. 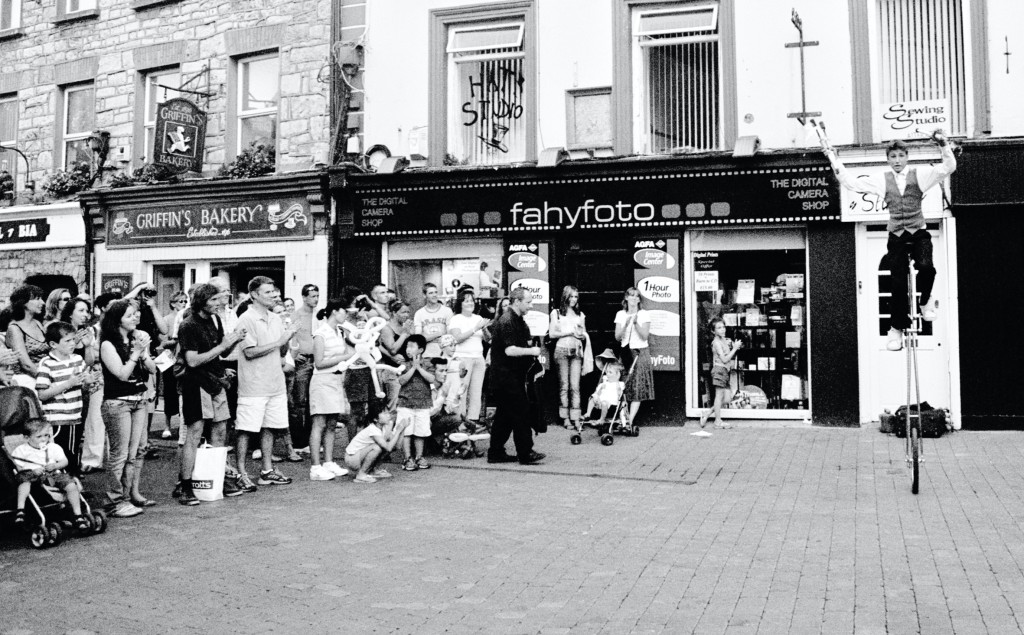 Galway’s special relationship with Spain and Portugal is just one more reason to love this Western Irish county. These Iberian State’s bring a unique influence to Galway’s culture, including through its food, its music, and, more significantly, its architecture. Perhaps the most recognised of these influences is the Spanish Arch, which received its name from the ruling class in Dublin, who once stated that “Galway is more Spanish than Irish”. The Spanish Arch remains one of the most famous monuments in Galway centre and is the perfect backdrop for any postcard photo, so be sure not to leave the city without a snapshot.

6. Road-trip along the Wild Atlantic Way 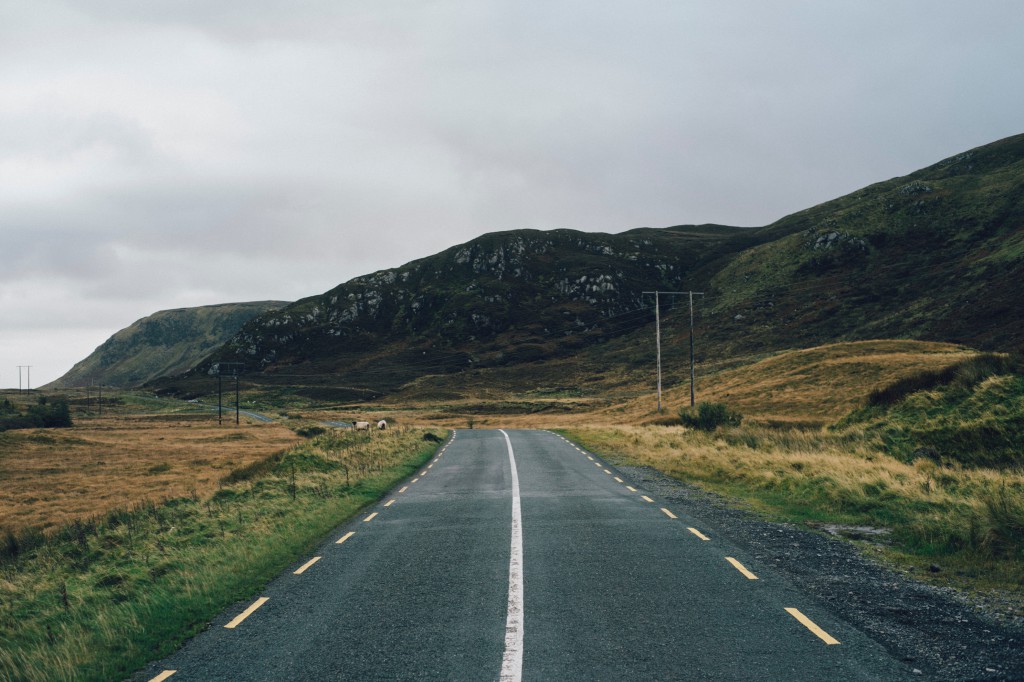 When it comes to road trips, few highways are able to deliver scenery quite as memorable as the Wild Atlantic Way, and Galway is at the very centre of it all. Many motorists begin, and end their journey along the ragged Inis coastline in the city which is seen as the beating heart of the West Coast, as it is only a short drive from many of the route’s hotspots, including the emerald shores of Keem Bay, and the beautiful Old Head Beach. The Wild Atlantic Way also includes the famous Sky Road, which is a twenty-kilometre circuit on the outskirts of the Connemara’s largest town, Clifden. 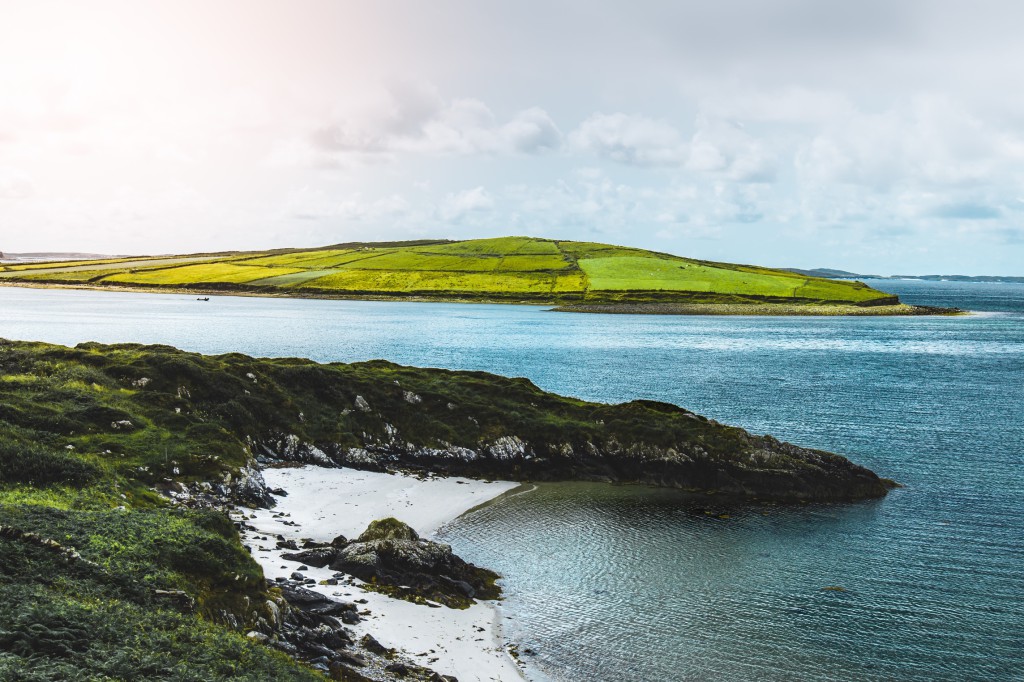 Connemara’s Dog’s Bay Beach may lend itself as a dog walkers paradise, but this stunning shoreline can be enjoyed by all visitors, whether they have a four-legged companion, or not. While the entirety of the West Coast is famed for its stunning beaches, Dog’s Bay Beach is among the most idyllic, with its radiant white sand and crystal beryl water, this landmark proves that you don’t need to travel a million miles to escape to a tropical paradise. 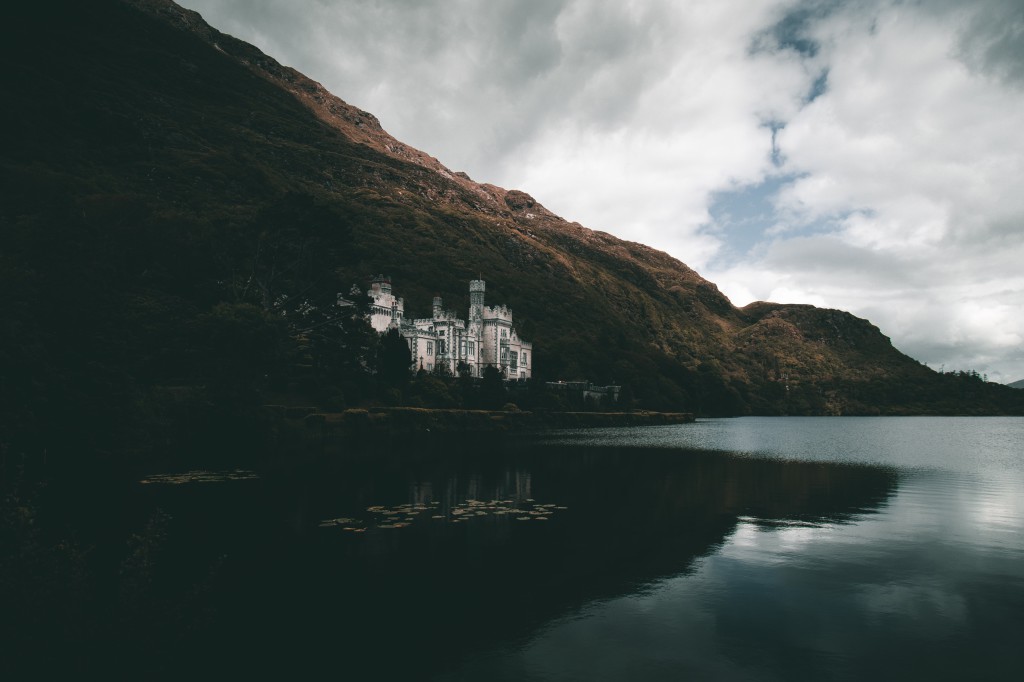 Nowhere showcases the pure beauty of the emerald isle quite like the verdant Kylemore Castle & Abbey estate, which has captivated admirers on the West Coast since its completion in 1868. The Castle was initially designed as the home of the MP for Galway County, though it has since evolved into the home of the Benedictine community of nuns. These nuns welcome visitors from across the globe, who can spend the day exploring these Victorian walls and experiencing a taste of the serene Benedictine way of life.

Whether you are looking for a summer on the white sands of the oceanic West Coast, or you are looking for a Christmas shopping break with a Celtic twist, Galway is the ideal destination, whatever the time of year, and whatever the weather. Among the top eight things to do in Galway and Connemara, one activity lends itself as the perfect fall escape:

Currently, as we fall deeper into the autumnal months, we recommend making the most of the fiery fall colours in the grounds of Kylemore Castle & Abbey. These vastly impressive grounds showcase Galway’s organic beauty in all its glory and serve up a cup of seasonal hot chocolate in their Tea House, where you can warm up with views across the leafy Walled Garden.

Book your tickets for Kylemore Castle & Abbey by messaging the team on Instagram @KylemoreAbbey or calling +353 95 41146.