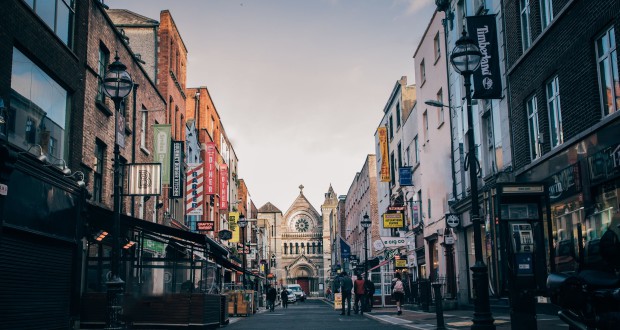 No destination offers a sense of escapism quite like the mystic musical streets of Dublin. With its vibrant Temple Bar, rainbow-glazed Georgian houses and the stunning academic powerhouse known as Trinity College, there’s a whole lot to love about Dublin. While staycations, such as city breaks in London and seaside escapes in Dorset in high demand at present, there will come a time where we are able to visit the capital of the emerald isle once again, and when that day arrives, you can travel in confidence, knowing the best ten things to do during your visit:

1. See The Book of Kells in Trinity College Library 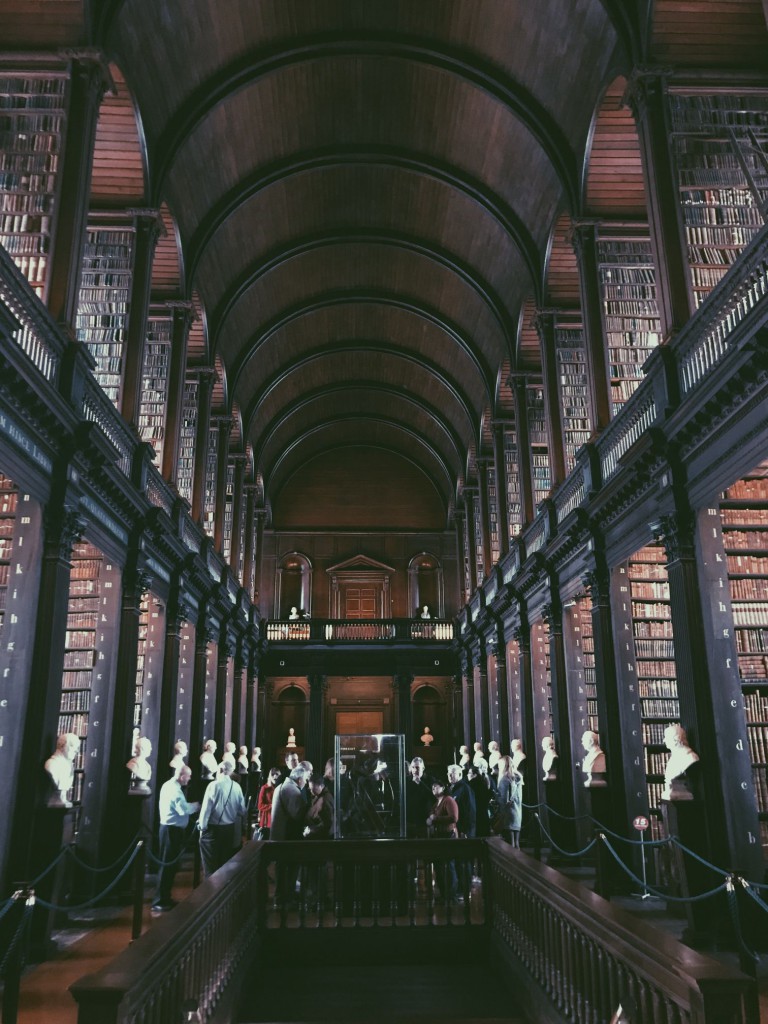 If you’ve spent any time checking out photos of Dublin, there’s a pretty high chance that you’ve come across a picture of the stunning Trinity College Library. With its gloriously photogenic shelves of books and impressively high arched ceiling, it is no surprise that so many visitors flock to this academic haven, which stands at the heart of the Trinity College campus. What makes Trinity College Library so special, however, is its showcase of The Book of Kells: an illustrated manuscript of the four gospels, which dates back to 384AD. This celebrated book is famed around the globe for its lavishly decorated pages and historical significance, so remember to buy tickets in advance to avoid missing out. 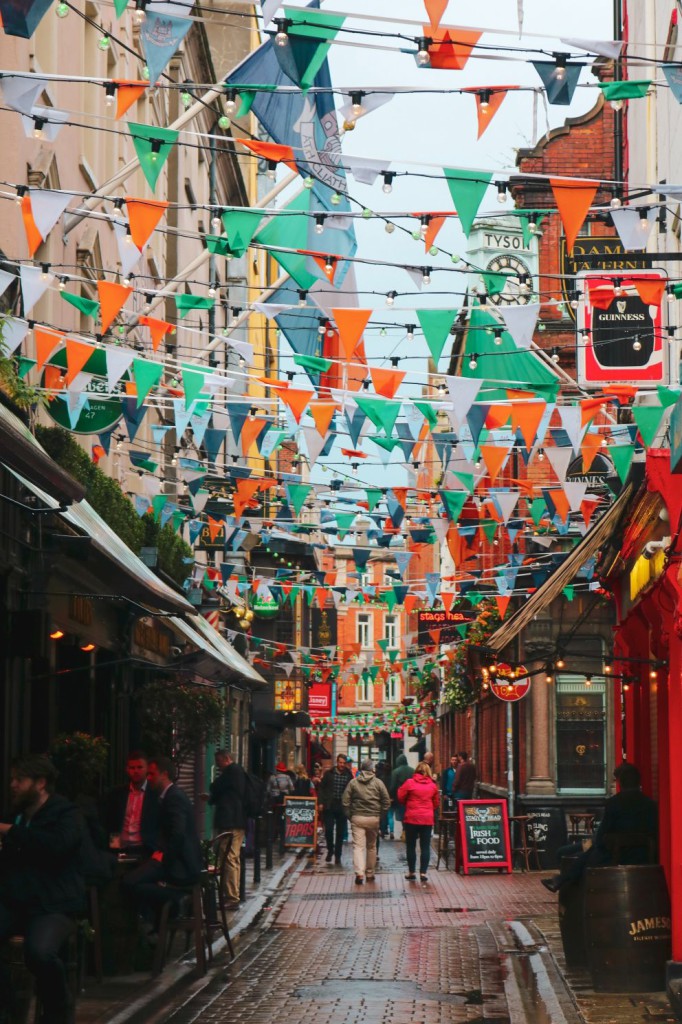 No city knows how to party quite like Dublin, and no neighbourhood knows how to party quite like Temple Bar. While many travellers may choose to raise a glass in the eponymously named hangout, The Temple Bar Pub, there is a diverse range of bars and restaurants to choose from around these hip cobbled streets along the south bank of the River Liffey. You are not going to be left disappointed with Temple Bar, whatever time you choose to explore: during the day you can get lost in Temple Bar’s indie shops, then you can lose yourself in some traditional Irish music once the sun goes down in this fun-loving part of town.

3. Sample Guinness in the Storehouse 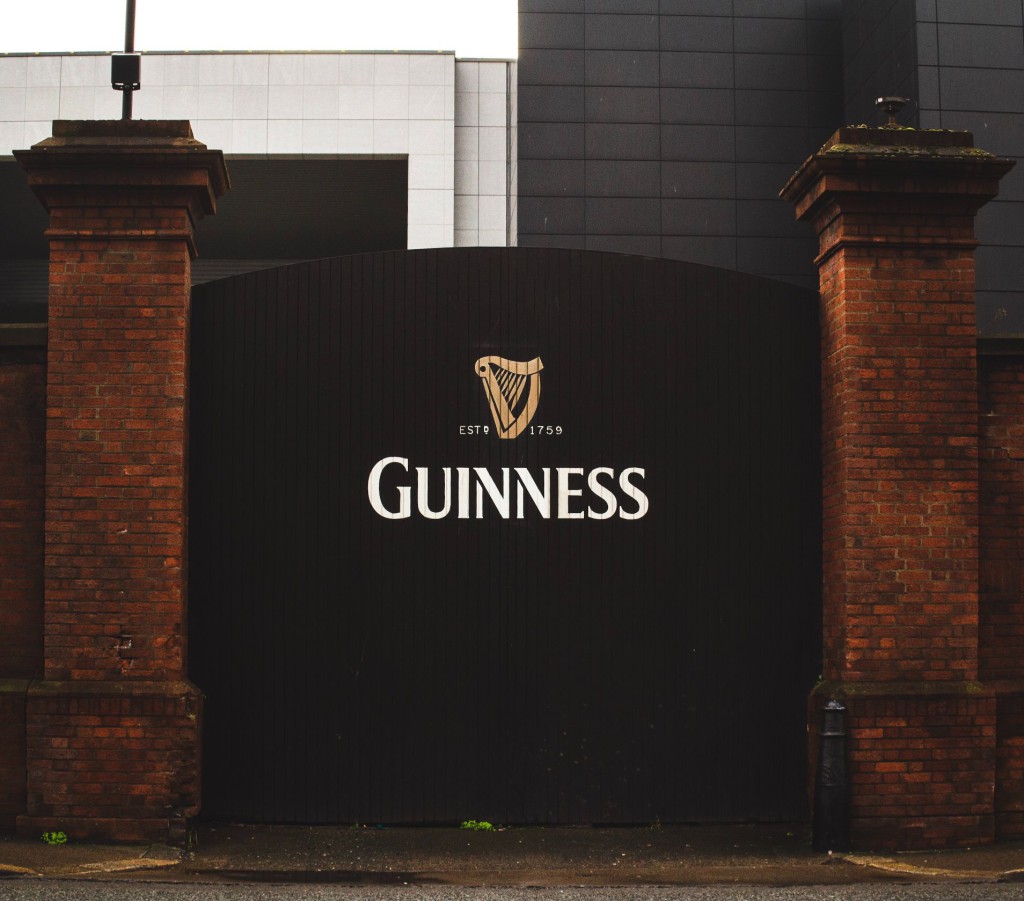 When you hear of Dublin, the thought of the black stuff probably isn’t too far behind, so it is only right that you visit the Guinness Storehouse for that complete city experience. Visiting the Storehouse also allows you to enjoy a complimentary pint in the Gravity Bar, which offers panoramic views over the capital. Alongside the penthouse bar, a tour of the Storehouse teaches you about the beer’s rich history, while marking the brand’s monumental influence on both the wider city and entire country. 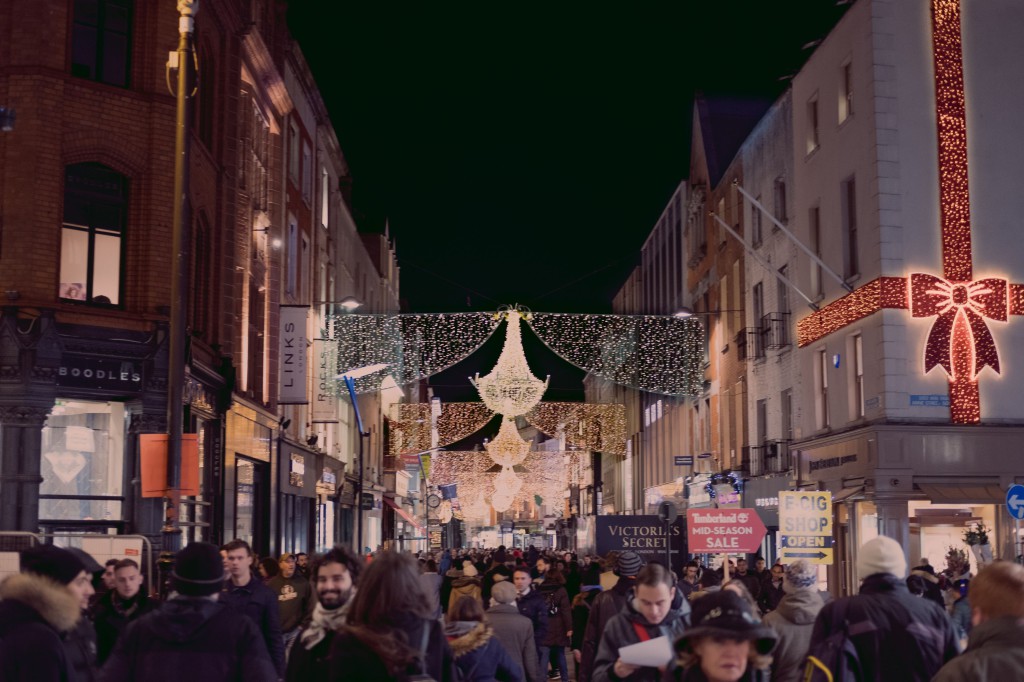 Just like every great capital, Dublin offers the pinnacle shopping experience for those who are looking for a little bit of retail therapy, and Grafton Street is the ultimate of these label lover’s havens. Notable names along this central street include BOSS, Ted Baker, and the reputable Brown Thomas department store. 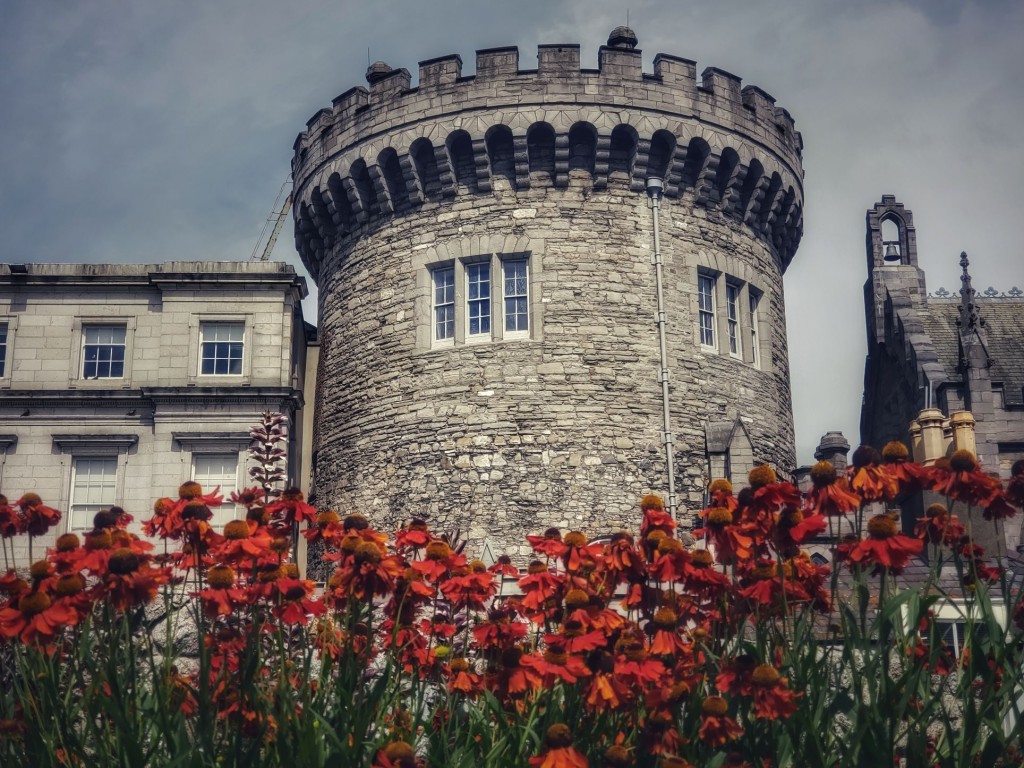 Whether you are an avid history lover, or you just want to learn more about the history of the city, Dublin Castle must not be missed from your itinerary. From 1204, Dublin Castle has played a central part in Ireland’s political history, as it served as a residence, fortress and base for British monarch’s and Irish representatives. The castle has also welcomed a host of influential figures, including Charles de Gaulle, Princess Grace of Monaco, Nelson Mandela and John F. Kennedy, so why not take the chance to follow in their footsteps? 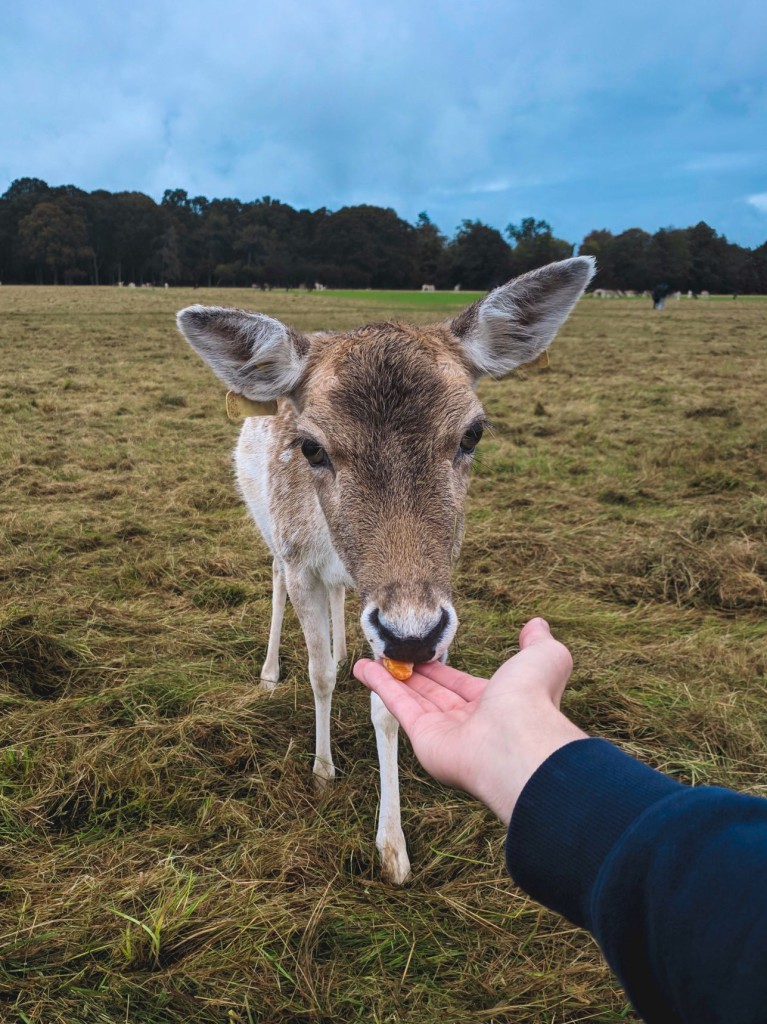 As the largest recreational space in any European capital, there is no better place to take a breather than in the verdant kingdom of Phoenix Park. If relaxing isn’t at the top of your agenda, Phoenix Park is still worth a visit, as it is home to Dublin Zoo, Ashtown Castle and the Victorian People’s Flower Gardens, which all contribute to its title as a UNESCO World Heritage Site.

7. Take a snapshot of the Ha’penny Bridge 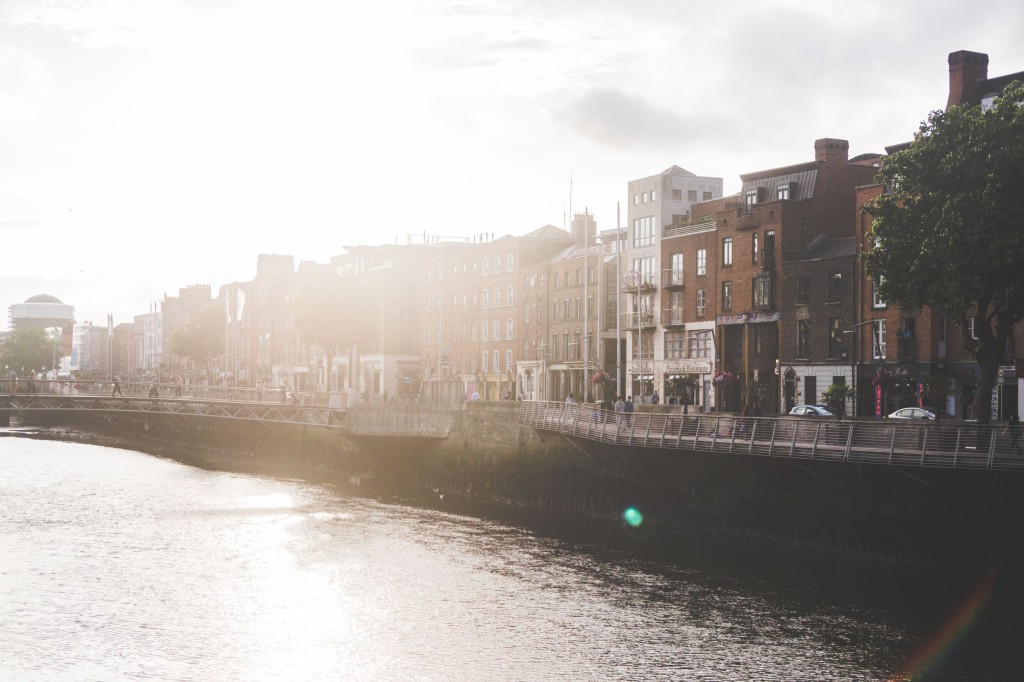 The first pedestrian bridge to cross the Liffey is the backdrop to countless photographs and postcards, with travellers descending on this nineteenth-century landmark for its views of the River Liffey, Custom House and Liberty Hall. The bridge is also only a short hop from Temple Bar, which makes it the perfect spot to grab a pre-night out photo for the gram. 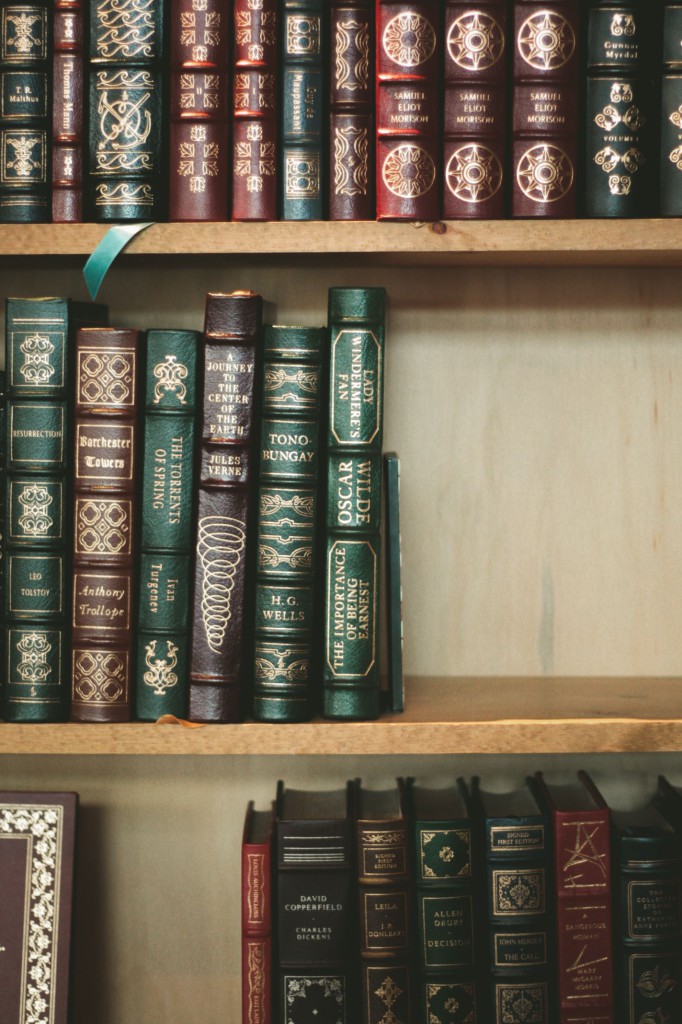 Oscar Wilde, James Joyce, William Butler Yeats, and, most recently, Sally Rooney, are among the natives who have taken the literary world by storm, so if you are a literature-lover, be sure not to leave Dublin without paying homage to these greats in the Writers Museum. If you don’t have a lot of time to dedicate to the museum, it is still worth visiting their Michelin Star Chapter One restaurant and the book store on the ground floor.

9. Grab an ice cream from Teddy’s 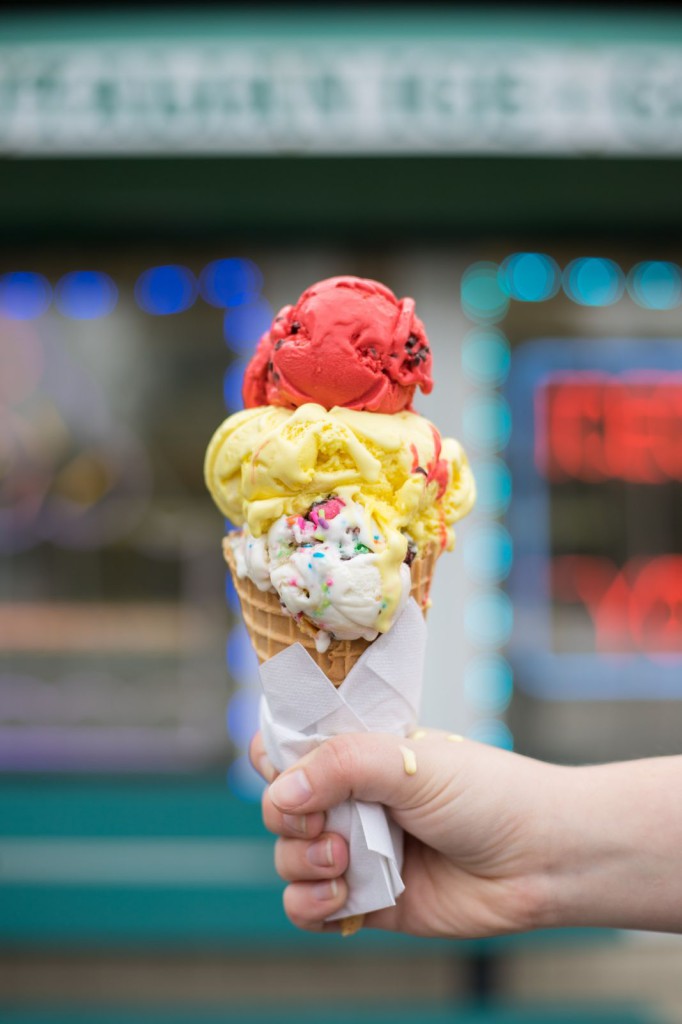 The 1950s ice cream parlour on the south-side of Dublin’s coast is well worth the 30-minute pilgrimage from the city centre. Teddy’s has gained a name for itself across the country as the home of the 99, and, while the ice cream may be good, it also offers the perfect excuse to visit the nostalgic harbour town of Dun Laoghaire, where you can enjoy your Teddy’s with views over Dublin Bay. 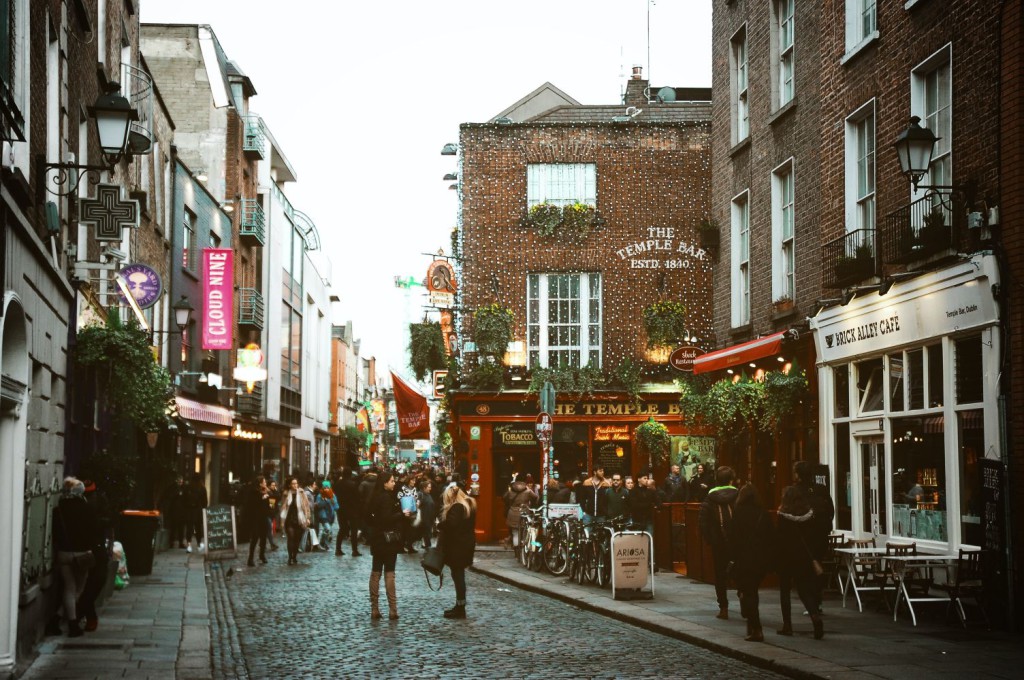 While partying in Temple Bar, there’s a pretty high chance you will have heard a traditional folk band somewhere along the way, and there’s an equally high chance you will have heard them singing the unofficial national anthem of the city, Molly Malone. But what are these lyrics based on? The story of Molly Malone, a fictional fishwife who lived in the capital, and is now a bronze statue, which has become an iconic Dublin landmark who you can visit, just off Grafton Street.

Grabbing a photo of the Ha’penny Bridge is among our top ten things to do in Dublin, but if you want to take your River Liffey experience even further, then we recommend taking a Dublin Discovered Boat Tour along the central vein of this diverse city, where you can view some of these landmarks from a whole new perspective under the wing of a knowledgeable local tour guide.

Reserve your place on the Dublin Discovered Boat Tour by emailing info@dublindiscovered.ie or call +353 (0)1 473 0000.